It Is Amazing How Much Can Change In A Year.

In a moment of reflection today, I was thinking about where we were and what we were doing a year ago. We had been held captive at Kaiser Roseville, which seemed like forever. Getty’s health,  while at first was such a roller coaster ride, later became a matter of days before she was going to be able to “bust out”. She was graceful and kind and the strongest little soldier I had ever met. I feel like in certain respects, I learned more about my daughter in those two weeks than I ever had in her entire life. She was so steadfast and confident. Her eyes told me everyday, “Mom, don’t worry, I got this”. I put my trust in her and in pure Getty style, she fought her sickness off with intense force and determination.

Mark and I were exhausted to say the least. We were initially ill prepared to fight with the PICU staff for not only best practices, but following SMA protocols. When we left the hospital, our skin was thicker, our minds were focused, and our determination to keep Getty healthy, so we did not have to come back here was the goal.

The 4th of July was quite different last year as it will be tomorrow. We had a tiny window to look out of that night from her hospital room. We saw a glimmer of light here and there, but nothing spectacular as a full fledged fireworks show.

So we look forward to being together as a family tomorrow night and we hope everyone that celebrates the 4th of July does as well.

Getty is healthy and happy and she continues to teach us far more than we could ever teach her. So today I took a picture of her one year later. She is now 27 months. Knock on wood, we have not been back to the hospital and we hope to be blessed enough to not be going anytime soon. 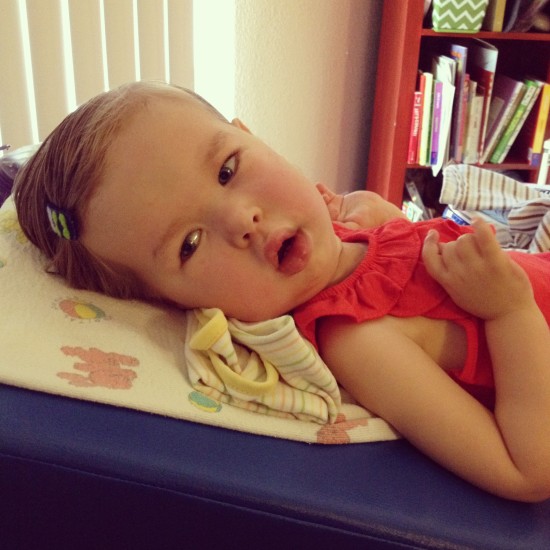 And this is just what I love about Getty. She is healthy, happy, spunky, and sassy. She is watching Sesame Street, so at this point I do not exist. 🙂 And she has been gracious enough to allow me to take this picture without yelling at me to get out of the way. Ahhhh pure bliss. Life is good.

Happy 4th of July. May you celebrate with those you love. And if you are nerdy like we are, you will be reading the Declaration of Independence in its entirety and out loud  as we do every year. 🙂