Wow, what an amazing day yesterday was. Sunday was the 29th CIM. It has always been in Sacramento, yet I had never been a spectator at the finish line. Wow, what a beautiful place to be.

I witnessed families cheering on their loved ones. I saw 80+ year old’s crossing the finish line. I saw groups of women in unified colors cross the line in a way in which they celebrated, convinced me that it wasn’t just about finishing this race. The impact of crossing together set the tone for me as a spectator that this was more than just a physical challenge, it was an emotional one as well.

I heard one lady tell her husband after crossing the line, “never let me run three marathons again in three months!” What? People do more than one in a year, I was beside myself. 🙂 I heard another celebration over to my right that touched me more than words. A man was running for a loved one that had died from breast cancer. I didn’t even know them and I was crying and feeling that strength within the entire group.

After they had left, I stood there with my partner in crime, Cooper and I thought, “wait a second, am I prepared for this?” Am I prepared to watch one of our Team Getty Runners run across that line?

Earlier I was able to celebrate with one of our relay groups. Takoa, Steph, Shea, and Linda had an awesome race and came in at a very fast time. It was great to talk about the route, give them lots of hugs, thank them for their commitment and willingness to support us and become a Team Getty Runner. Even the youngest member of our Team Getty members was there to cheer everyone on as well. 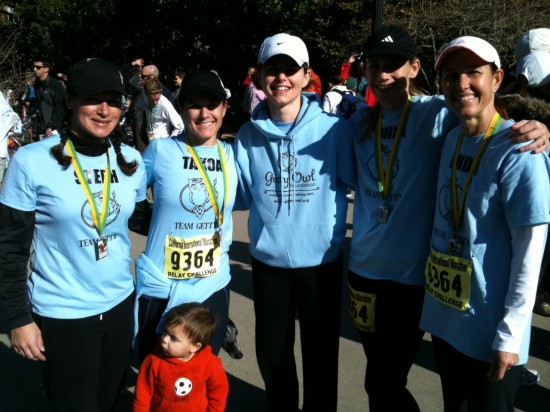 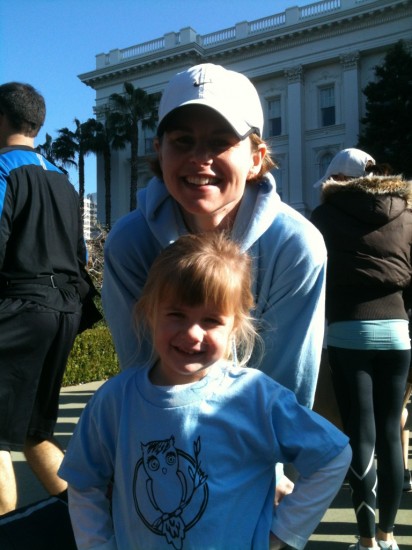 Miss Mady I cannot wait to see you run like a gazette at the Getty Owl Run/Walk!

So to answer the question, no I was not emotionally ready to see Team Getty Runners come in. There were thousands of people coming in from both sides of the street. I was only able to catch two TG runners come in. Two very important people in fact, and I am so glad I was able to find them in the huge sea of human beings.

One was an old colleague of mine. We used to work together at San Juan HS. We had not been able to keep in touch since she had moved, but I knew she was doing well and that she had two beautiful girls. When Liz joined the team, I was so humbled. It was so incredible for her to tell me that Getty was her inspiration to run these 26.2 miles. That is a lot to digest as Getty’s mother. I mean I can tell you how incredible she is, but when someone else tells me that Getty is their inspiration, well it is an amazing feeling. I caught Liz as she crossed the finish line and I just lost it. I called her over, we hugged and I just couldn’t stop crying. Such an emotional thing to hug a person who just ran 26.2 miles for my little girl and to help raise money to help my little girl have even more hope for a long life. Thank you Liz and thank you to your family for making this your weekend event. So, so great to see you. 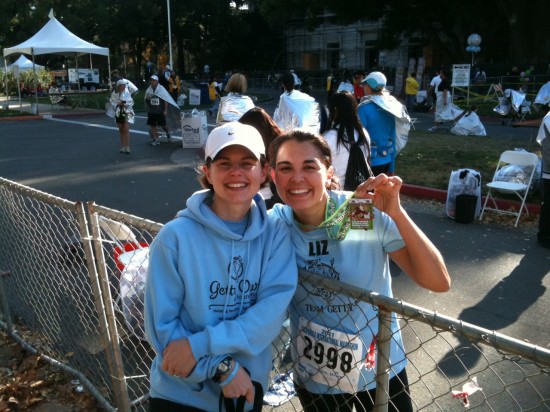 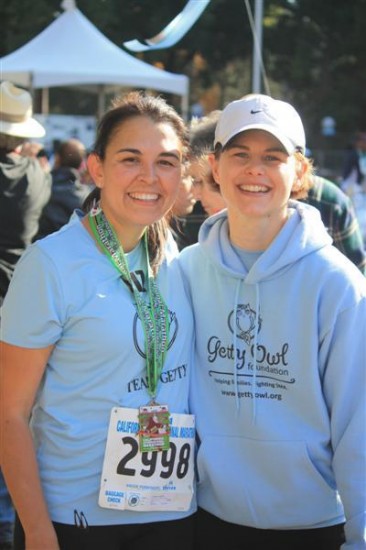 The mastermind of this entire Team Getty Runner/Walker Crew was the brainchild of our very own Morgan. If you want to talk about commitment, you need to spend a moment with this young lady to understand how much she loves Getty, how focused she is on the success of Team Getty, and who is committed to help end SMA.

This was Morgan’s first marathon and she ran the entire way. What a trooper and from the looks of the pictures she took along the way, it looked like she was having a great time and Getty Owl was with her all the way, even at the finish line. 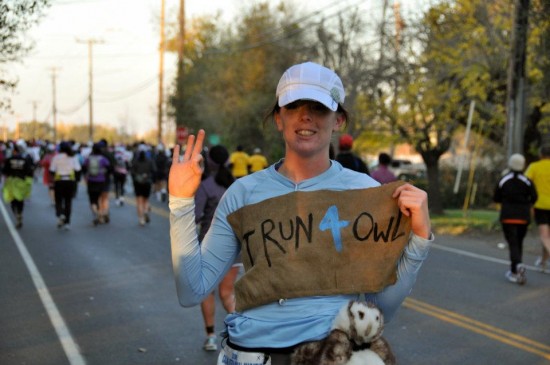 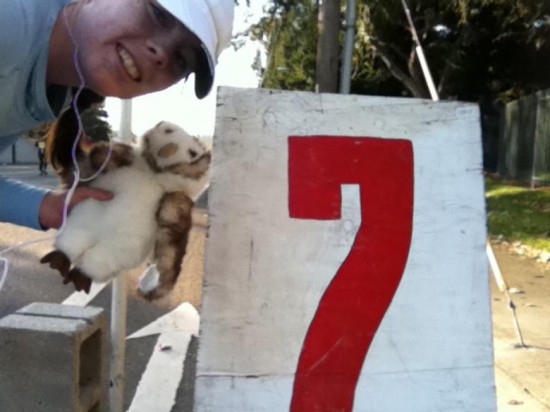 And as Morgan approached the finish line wouldn’t you guess that she didn’t sprint through to the end, she slowed down and weaved back and forth as a flying owl and Getty Owl in hand. It was a memory I will have forever. 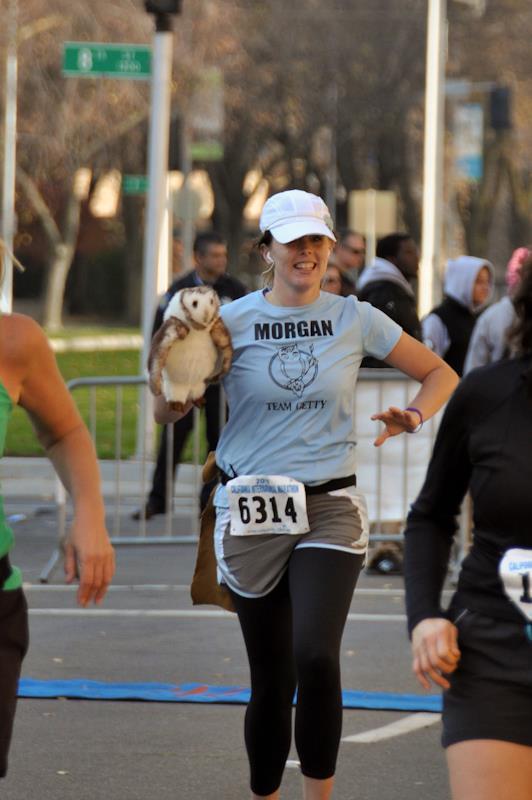 Morgan and Getty Owl in hand.

As I watched her fly across the finish line, the water works turned on and I couldn’t wait to give her a celebratory hug. What an accomplishment and yet just another challenge you have taken on and accomplished with grace, Miss Morgan. Well done!

What an amazing day. As a spectator it was remarkable to watch all of the runners come in, it is another to be a runner, so it got me thinking. I think I might try it next year. It would be such a wonderful way to honor Getty, like so many had done for her yesterday. Now I need to dust my shoes off or better yet scrub the dust off my shoes. 🙂

I have had so many people ask how they can become a Team Getty Runner/Walker. Easy, just email us at hoot@gettyowl.org

We will get you a shirt and you are an official member. We aren’t an exclusive group, but we do have one goal in mind, to END SMA. So if that is up your ally we would love to have you.

We would just like to thank every single member of the team for running the CIM this year, let’s definitely shoot for next year and races in between and let’s multiply our pack.