You Just Never Know and Here We Are

“Getty has what is called Spinal Muscular Atrophy, from what I can tell. Now we will need to do some blood work to make sure she has it. You both will need to also have a blood test just to make sure you are carriers, but unfortunately I am afraid this is the diagnosis,” said our neurologist on that fateful Friday, July 31st, 2010.

Mark and I really didn’t have much to say. Shock had encompassed the doctor’s office. I glanced at Getty as she lied on the examining table. All I could muster up was, “How long do we have?”

“At least a year but most likely not past two,” he said. More shock and disbelief.

No tears were shed in the office and not even on the way home. I asked Mark as we drove home to call my mother so they would be at the house when we arrived. How on earth were we supposed to explain this to them when we could not explain it ourselves?

Sure Getty was kind of “floppy”, but she could still sit up for a bit, in the right position, and she could hold her head up. What I know now was that it was, in certain regards, wishful thinking on our part that maybe the neurologist had this whole thing wrong.

He was right. The blood test came back positive for SMA and we were carriers.

How on earth could such a destructive disease, the #1 genetic killer of young children go virtually undetected to planning parents, new parents, women, OBGYNs … EVERYONE?!

How on earth is this not a standard blood test?

How on earth is there no insane amount of research already going into this disease so their IS already a cure?

How on earth can it even be labeled as an “orphan” disease?

My journey with grief began with utter disgust and anger. I am Getty’s mother and I am supposed to protect her from any kind of harm, and look at what I have done. Unknowingly, I had passed along a recessive gene that will, in the neurologist’s opinion, take her away from us in two years, if we are lucky.

“I want to thank everyone for taking the time to have our meeting her at our home, instead of at your school site,” I said.

Seven educational professionals formed a circle yesterday, Friday March 22nd, 2013, in our little kitchen to discuss Getty’s educational journey. We were here to have what would be Getty’s first Individualized Educational Program (IEP) meeting.

Here is a brief description of an IEP:

“An IEP defines the individualized objectives of a child who has been found with a disability, as defined by federal regulations. The IEP is intended to help children reach educational goals more easily than they otherwise would. In all cases the IEP must be tailored to the individual student’s needs as identified by the IEP evaluation process, and must especially help teachers and related service providers understand the student’s disability and how the disability affects the learning process.”

Most of these people had never met Getty and I wanted to create a picture of our daughter so they left visualizing her as a human being and not as a number. I wanted them to leave wanting to stay until after she woke up from her nap, just so they could meet her and start their session early :).

I wanted them to care.

Getty will be in pre-school. Getty will be 3 on Monday, March 25th. Getty has gotten to a point in her life that she will be able to continue to grow intellectually and be challenged to shoot for the moon. Getty has already beaten the odds and there is no stopping her. Getty is a warrior. Getty is, well … Getty … and she is present and in our lives.

There are so many things we could have done when the diagnosis was handed to us on that fateful July afternoon. We chose to fight and not allow Getty to be defined by SMA.

I knew in my heart two years simply was not going to be enough time for us to love, nurture, and explore with her. She deserves more time to love, to discover, to learn, to enjoy what life has to offer her and us as a family.

So you just never know … and here we are … and here’s to more. Lots, lots, lots more. 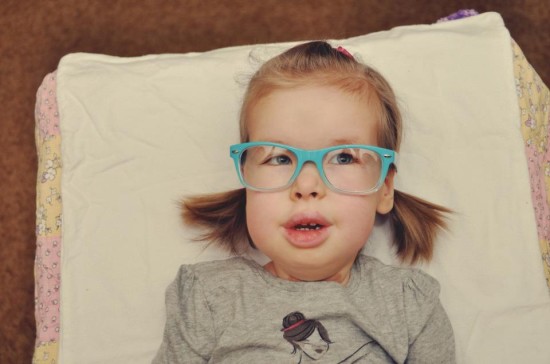