Let me just start by saying that Getty had an amazing time! AMAZING!

Yes it is RSV season. Yes this is the time of the year when our SMA kiddos are most susceptible to illness. For the passed three years we have been in lockdown from October to March. We stay inside, we create our own little world in the confines of four walls and we hunker down in fear of illness. It is a real fear and it can suffocate all persons in the house. However, I will say that you can get used to it. I know I did. It was maddening the first year. Then the second wasn’t so bad. And this year I was ready to go. Lockdown was going to happen and we would be good. Until I saw a commercial on TV.

The Nutcracker was performing their annual ballet in Sacramento. I remember once going as a kid and while I did not walk out of the performance pleading with my Mom to become a dancer, I definitely enjoyed the performance. The music was amazing, the dancing was so beautiful and it I got an overall warmth that Christmas was coming.

So while Getty was napping one day, the commercial caught my eye. Then my brain started to ping around and I called to order tickets. I ordered tickets during RSV season. I was actually contemplating pulling Getty out of her sterile environment and taking her to a place that I had no idea what the level of germs were. I bought tickets for the 7pm show thinking that the likelihood of snotty and coughing kids would be surrounding her would be less. They had accessible seating, good. They were close, but not crazy close so it wouldn’t overstimulate Getty, good. But still it was a closed public theater and I had no control over what others may be bringing in.  I still bought the tickets.

I bought Getty a dress, a sweater and tights to wear. She would wear her ballet slippers. We were doing this!

This past Saturday, we all got dressed up, packed the car with all of Getty’s equipment, and all of the “what if this happens, worst case scenario items” and went to the see The Nutcracker.

It is not easy for us to really recognize what Getty is interested in. She is such an easy going kiddo, but also she can’t verbalize whether she loooves something. Well I am here to tell you that ballet IS her thing. From the moment the curtain went up, our child was in a ballet trance. We could see her eyes move from side to side, taking all of the intricacies of the production. Her eyes jumped up and down as she followed each ballet dancer. Her eyebrows lifted higher and higher as sets changed right in front of her. She cooed at different times as to show her “approval”. I know she enjoyed the music Getty loves classical music. Some of the music I know she recognized. Fantasia is one of her favorite movies. I often whispered in her ear, “you know this song remember?” Boy, did I learn my lesson. If a child could do a sideways eye roll, she did. “Mom, don’t bother me.” That is when I knew we had found something.

The night was magical. I didn’t freak out about germs. It was one of those situations that you let it be and enjoy the ride. And we did.

I do believe that more ballet performances are in the near future. We found many performances on youtube already. I think Getty is already creating a “ballet list” in her head.

In the spirit of the holidays, we hope everyone has a beautiful, special, and safe holiday season.

Here are some pictures from our great night. Getty is usually scowling. That is her way of saying, “no more pictures, let’s get this show on the road.” 🙂 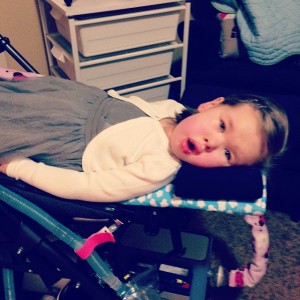 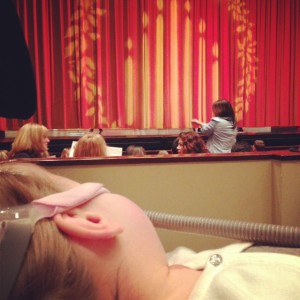 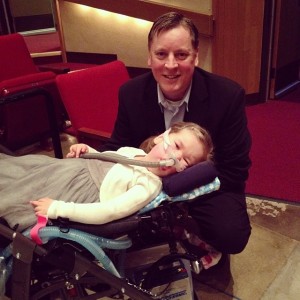 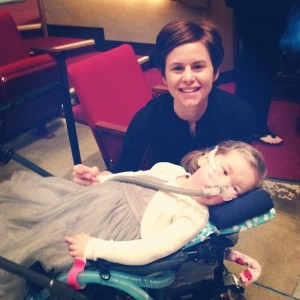 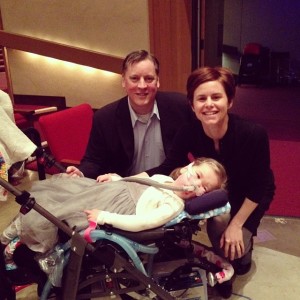 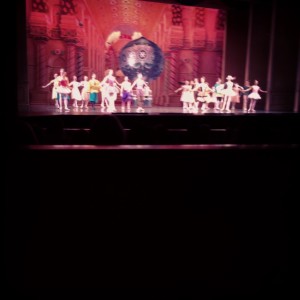