We are excited and proud to announce that the help and generosity of our donors and SMA Warriors is paying off!

Based upon successful mouse model studies, this program appears to be the best hope to CURE SMA of all the projects in the SMA research pipeline. If the research is successful, it will help save and improve the lives of thousands of children and families around the world, putting an end to the #1 genetic killer of young children.

SMA is caused by a single critical missing gene, called SMN1. Without SMN1, muscles simply don’t work, and the ripple effect is devastating. Children are prone to deadly respiratory problems because they cannot swallow or cough, typically passing away by age 2. SMA kids often cannot move, cannot form words or eat by mouth, have low bone denity, experience random plugging of airways, suffer digestive problems, and the common cold can be deadly.

Managing SMA and educating medical professionals takes loving Herculean effort and dedication from SMA parents and warriors. Depsite the challenges, SMA kids are some of the brightest and happiest kids you’ll ever meet, and SMA parents, most loving and tenacious.

There is hope! SMA is the #1 disorder closest to treatment of over 600 neurological disorders.

Gene Therapy replaces the missing SMN1 gene by delivering it into the body, carried by an inert virus. SMA mouse models show Gene Therapy can allow SMA mice to live and function almost as if the mice never had SMA in the first place. By looking, you may not be able to tell the difference between a regular mouse and an SMA Gene Therapy mouse. Gene Therapy mice are not limited by the typical short life expectancy caused by SMA. Non-human primate models also show great promise. The research is amazing!

In September 2013, the FDA approved Gene Therapy to begin human clinical trials. In October, the FDA fast tracked Gene Therapy to expedite review and development of the program. In November, Dr. Kaspar received a distinguished honor of being named a fellow by the American Association for the Advancement of Science (AAAS). Congratulations, Dr. Kaspar!

Dr. Kaspar writes, “We are honored [Getty Owl Foundation is] supporting us in our pursuits. I am truly thankful. We will use the funds to address scalability if vectors for all programs and we indeed are making great progress on these fronts and adding additional emphasis to this project is greatly appreciated. We are very thankful for Getty Owl Foundation’s continued support. We look forward to making great progress in 2014 and cannot wait to get to trials. We are hoping to enroll the first [SMA Type 1] patient in March 2014 [ages] birth to 9 months and I’m trying to get the momentum to start another trial on both older type 1s and type 2 and 3. Many thanks!  I won’t rest until we’ve made an impact on this disease.”

This is all made possible by our wonderful donors and SMA Warriors. We are overjoyed with the ability to not only care for our beautiful Getty, but also, through Getty Owl Foundation, help SMA families and advance SMA research.

We cannot do this without your support. We sincerely appreciate if you consider Getty Owl Foundation for any year-end charitable contribution. Any amount helps.

We also seek sponsors and runners for the 3rd Annual Getty Owl Run/Walk on Sunday, February 23 at Crocker Park, Sacramento. We hope you can participate as a sponsor, runner, walker, and/or virtual runner. Virtual Runners participate in their own locations and we will ship the event shirt and goody bag to you. PLEASE REGISTER TODAY or donate here.

Thank you and Happy New Year! 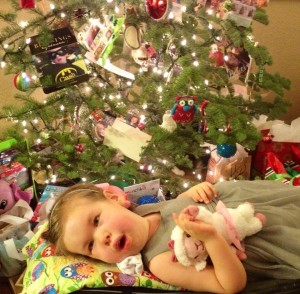