From Kate:  I am a bit early today, but Getty has the opportunity to see an incredibly amazing jazz band tonight. River City High School’s jazz band, the  Syncopating Sea-Monkeys will be performing tonight and Getty is …….jazzed! 🙂  Having said that, I don’t want to delay the awesome news of announcing the recipients of our SMA Holiday Giveaway.  I would like to thank all of our donors for helping support Getty Owl Foundation’s efforts to help support our SMA community with iPads. We cannot do this alone and we thank every single individual and organization who has helped us make this happen. Thank you to Karen and Hannah from Lionel’s Place for the pillows and prints. Thank you to Daisy Trotti for her exceptional talent and making such the exceptional blankets. 🙂  Thank you to the SMA community for your participation. Hopefully next year we can offer even more iPad packages and support more awesome SMA kiddos.  So here we go!  Congratulations to: 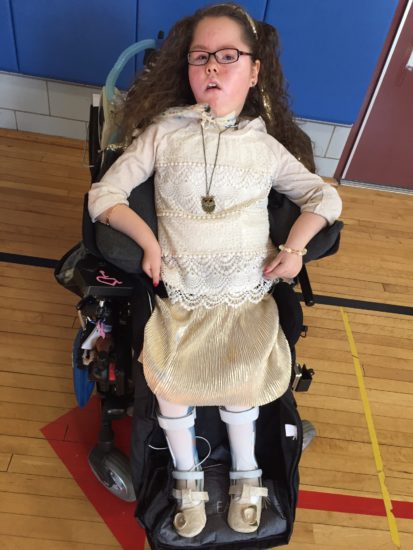 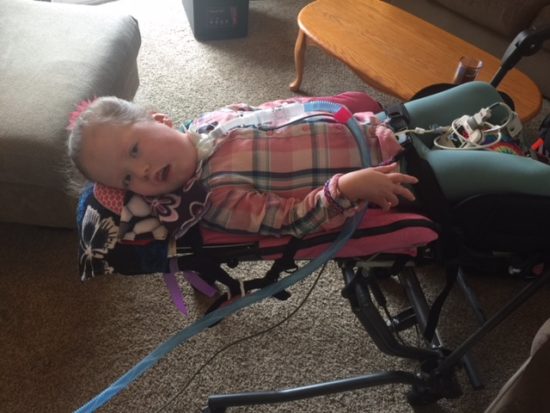 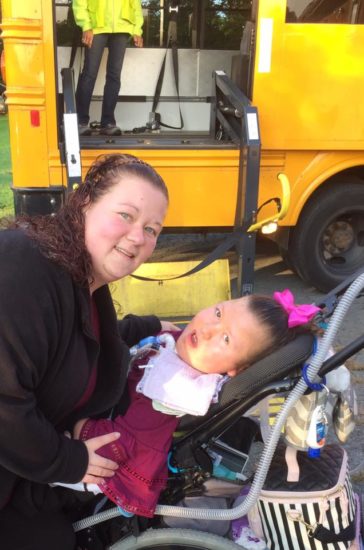 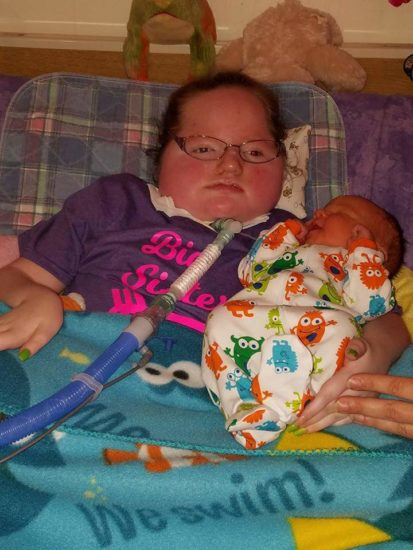 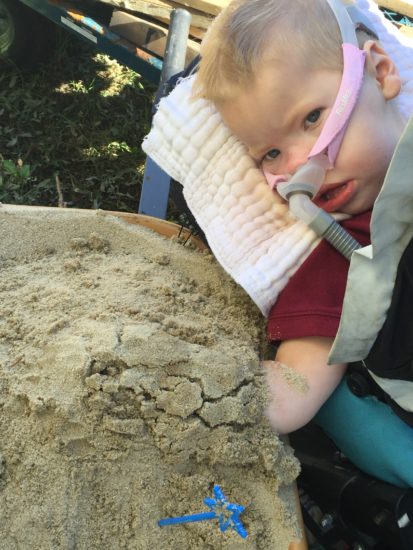 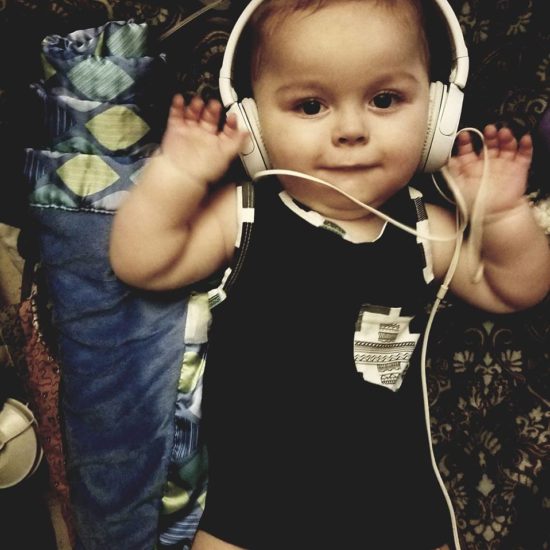 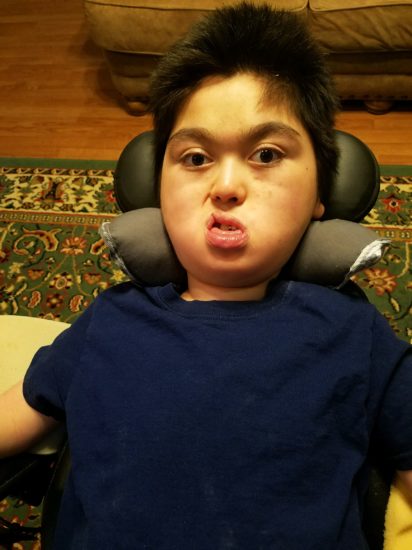 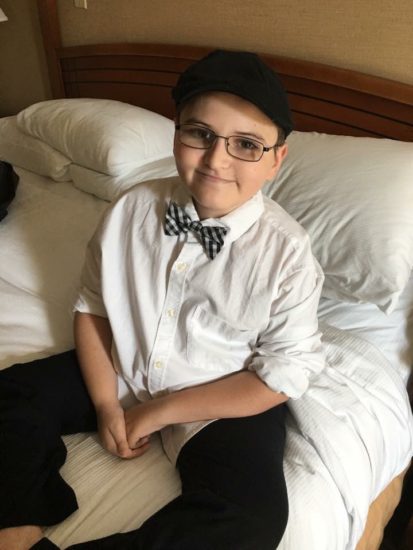 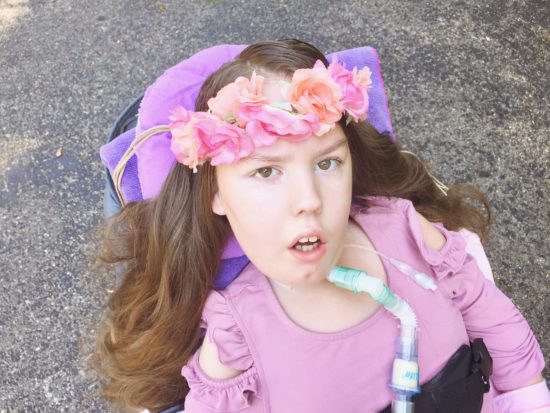 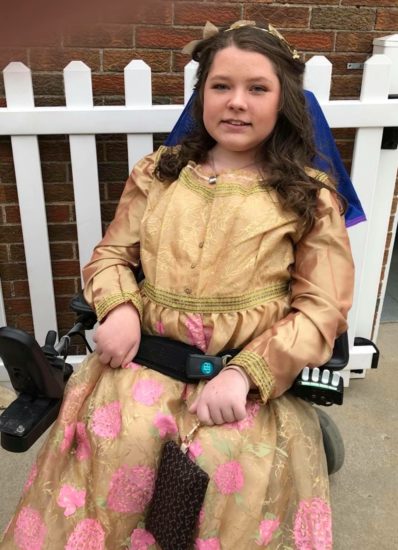 From Kate:  A few months ago at Getty’s school fall festival, I was introduced to a couple of dynamic women. Karen and Hannah were vendors at the festival and what they had to offer made my heart happy. Lionel’s Place, offered all kinds of fun pillows, prints, t-shirts, buttons, and an amazing book called The Little Lemon That Leapt. This is Lionel the lemon. 🙂 Lionel travels the world meeting various friends along the way and learning what makes us different can and is wonderful.

What I appreciate most is Karen and Hannah’s passion and mission to help support positive efforts to help kids embrace weird. “We will never be able to measure how much greatness the world has missed out on because a bully shut down a child’s creativity. That is why it is our mission to bully-proof kids one at a time by teaching them that different is beautiful. When a child accepts and loves his or her own quirks, it in turn becomes easier for that child to accept and love quirks in others. Choose Weird is our mantra and way of empowering kids to own their differences in a positive and intentional way.” My perspective as a mother with a child with special considerations, I often worry whether Getty would be accepted in her environment. Would children only see differences as negatives? Would they not take the time to really see her as just one of the kids? Would they see what we see every single day? A confident, sassy, and incredibly smart young lady who embraces all that life has to offer. Well I can honestly report that ever since Getty has been enrolled in school, she has always encountered a warm smile and a kind offering of friendship. We have been overwhelmed with kindness and I can’t tell you how much it empowers Getty’s growth.  I am also aware that not all experiences are similar and I am so thankful for Karen, Hannah and Lionel’s Place for offering a positive platform to learn positive ways to embrace differences. Your efforts will continue to make an impact, that is certain.  “It is about a movement to raise a generation of children who are full of compassion and empathy, and who choose to celebrate what makes them weird.” I love this and I could not agree more.  This year for our SMA Holiday Giveaway, I wanted Lionel’s Place to participate. So for those SMA families entering our giveaway, you have a chance to also win one of their beautiful owl pillows and prints. Check it out! 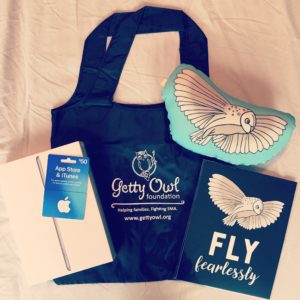 I was obviously drawn to the owl prints. 🙂 I am a bit partial to them for many reasons. I was also drawn to the phrase, “Fly Fearlessly”. I think all of our SMA kids fly fearlessly. Since Getty’s diagnosis, she has had to endure many challenges and without fail, she flies fearlessly into every challenge or hurtle with ease and grace. I am in awe of her daily and just so proud of her zest for life. She is a constant teacher that challenges me in so many ways.  I hope everyone reading can take a moment to check out Lionel’s Place.  For those SMA families interested in entering your child’s name into our giveaway, please CLICK HERE . Deadline for entries is December 3rd @ 6pm PT.

From Kate:  I love this time of year for so many reasons. On a personal level I love how the seasons change here in Sacramento. Yes, I loathe the fact that winter is not kind and viruses linger everywhere and we always have to be vigilant, but it’s still pretty outside. 🙂 Sometimes it is very hard to find the silver lining to our “normal” lives during the winter months, but holiday carols are nice and looking forward to Charlie Brown, The Grinch, Polar Express, and snuggling when the weather is colder sure makes for some great memories. Hopefully we will get the tree up soon to enjoy. 🙂 We hope Thanksgiving was a beautiful day for everyone.  Another reason for excitement is what has now become an annual iPad giveaway for our SMA community. This year we will be giving away 10 iPads. We are just so thankful to have a platform to support SMA families. Thank you to our donors for supporting our efforts. We certainly could not do this without the confidence and support of all of you.  Technology serves many purposes for our SMA community. Technology opens the door to independence, education, communication, entertainment, and socialization. So much learning in our environment comes from experience, but for an individual with SMA, their could be some barriers that might not allow for opportunities. iPads offer a chance to explore, communicate, and have a sense of independence that they might not otherwise get.  So we want to help. 🙂 I know 10 iPads might not be a lot, but we hope to always double our number from the year prior. 🙂  This year we have some really special additions to our SMA Holiday Giveaway. Here is a picture. 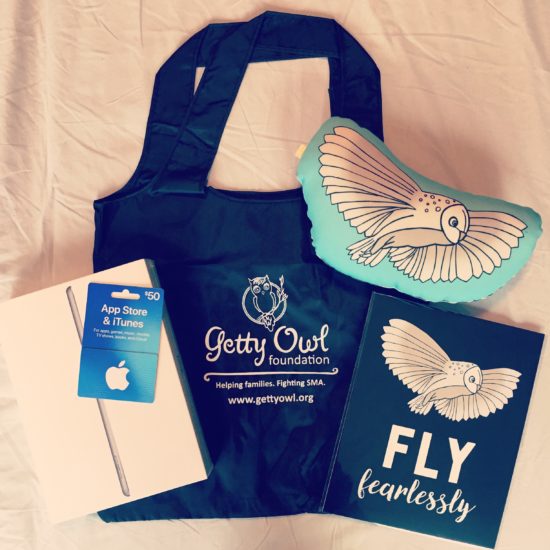 What’s inside our iPad Packages? 9.5 inch iPad. $50 gift card to be used for iTunes in the App Store. The two adorable owls (pillow & print) have come to us from an amazing mother/daughter organization, called Lionel’s Place. (More about them next week.) Last, a GOF reusable grocery bag. One awesome item that is not pictured comes from a local artist and GOF volunteer, Daisy Trotti. Her handmade crochet blankets are beautiful and perfect for the season.  What a great giveaway, huh! 🙂    Details for the SMA Holiday Giveaway 2017:  Getty Owl Foundation will be giving away 10 iPad Packages.  This giveaway is for people with Spinal Muscular Atrophy (SMA) only. While we are aware that many people could benefit from an iPad, Getty Owl Foundation’s primary commitment is to individuals with SMA.  *No purchase necessary.  * One entry per individual. (Duplicate entries will be void.)  *If you have any questions, please email me at hoot@gettyowl.org    How do you enter? Super easy.  Email us at hoot@gettyowl.org    Submit the following information:  Name Age Address Type Grade Please attach a picture.    Entry Deadline: Now until December 3rd @ 6pm PT   Giveaway Recipients Announced: Tuesday, December 5th @ 6pm PT

Even Amazingly Beautiful Things Come To An End 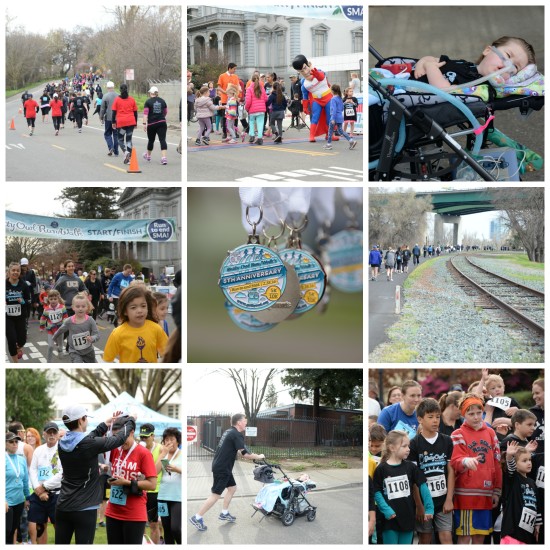 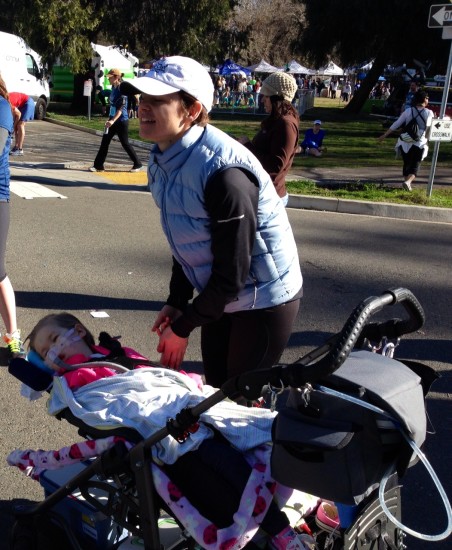 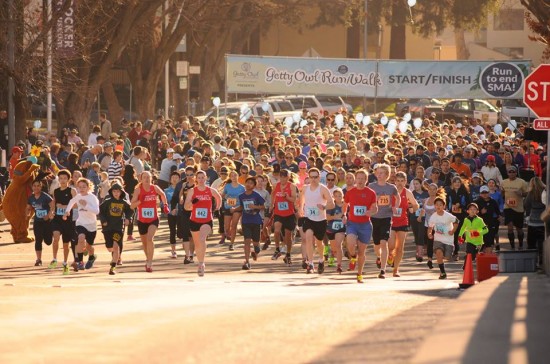 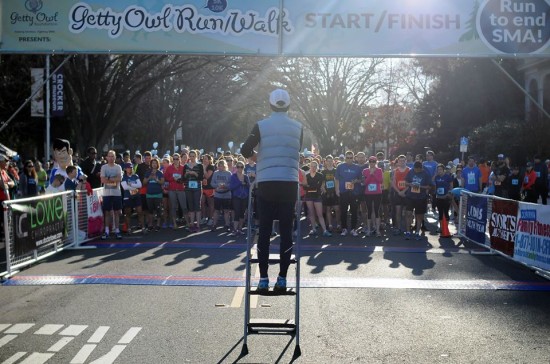 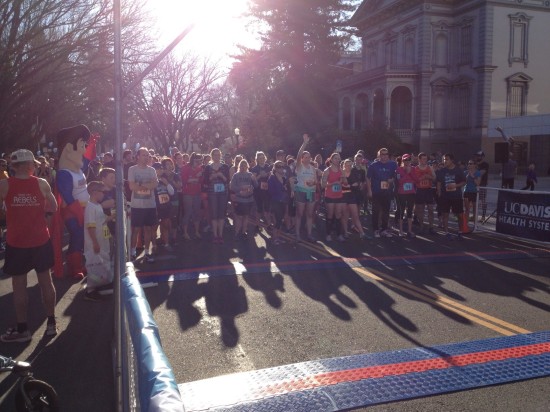 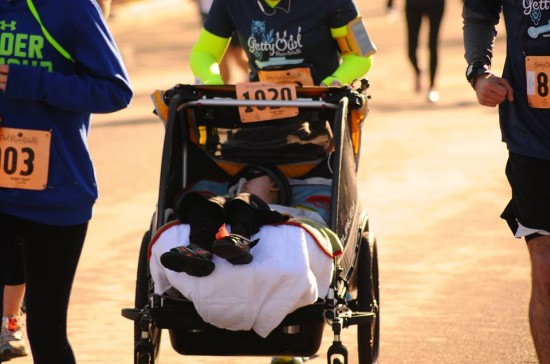 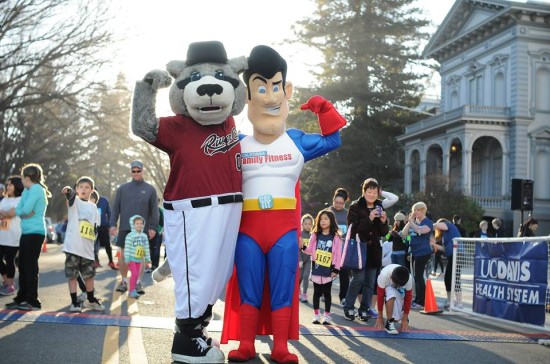 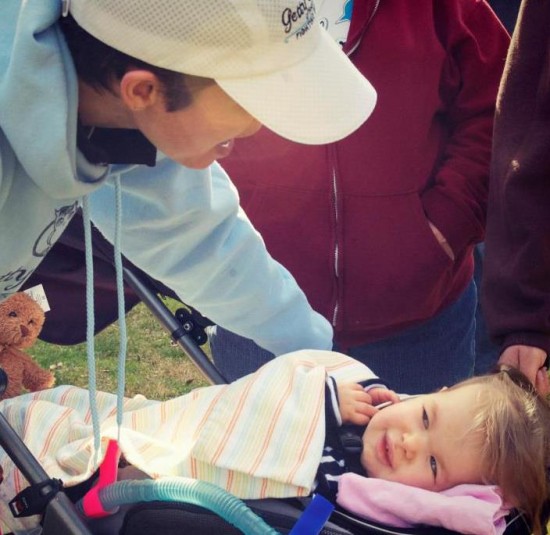 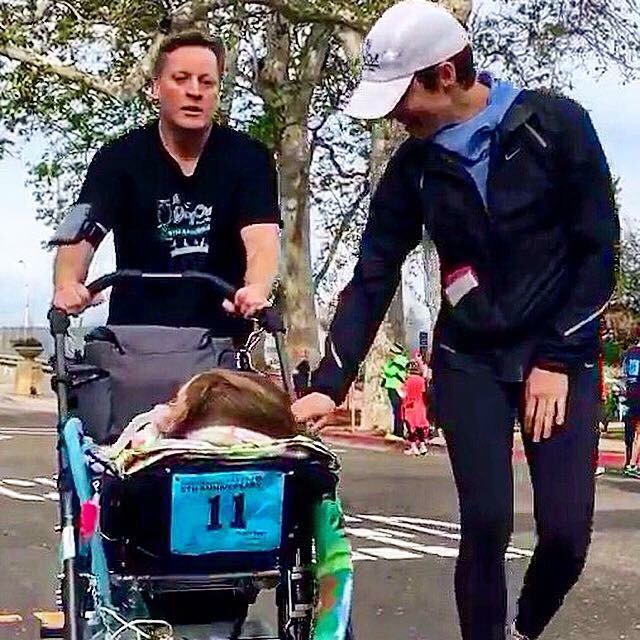 From Kate:  We hope every one had a safe and fun Halloween. Getty decided to be Wonder Woman this year. I would argue that she IS Wonder Woman, but at least she was willing to dress up as her role, finally after 7 years on this planet. 🙂  The Saturday before Halloween, Getty was invited to a Halloween party at her friend’s house. That entire sentence just gives me the happy chills. She had a lot of fun and enjoyed her time hanging out with her friends and kids her age. It was awesome for her to be invited. This time of the year is always so sketchy. I want her to experience fun things, but the worry of fall/winter germs is looming, so sometimes I am a buzzkill and say no. BUT, this time I said yes and she had a great time and made some great memories.  Halloween was a blast. Getty got to participate with her cousins and even dad dressed up for the festivities. She said, “trick or treat” and “thank you” at every house which was awesome for many reasons. 1) We were out trick or treating in the first place. 2) Getty was healthy enough to go. 3) She loudly said, “trick or treat.” 4) She loudly said, “thank you.” 5) Girlfriend made a killing in treats. 🙂 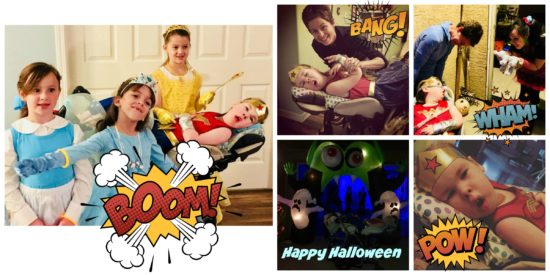 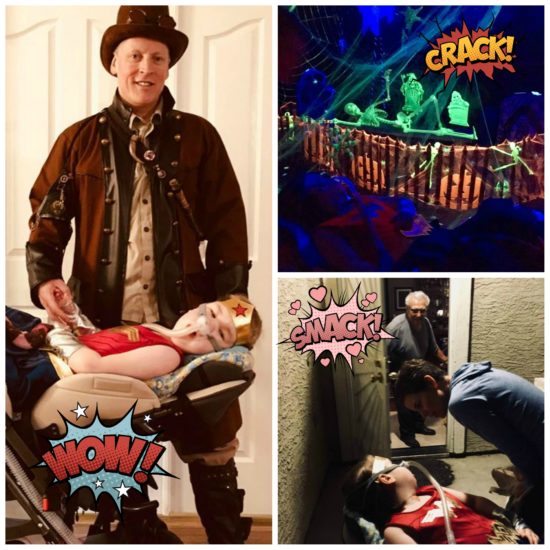