Since we are getting so close to Halloween, I thought why not do a quick contest to celebrate Halloween. Fall is our favorite time of the year. We love the smell of fall. The leaves are changing colors to that beautiful orangeish red. There is just the right amount of chill in the air. And you can tell that Halloween is right around the corner. Love it.

Anyone can participate in the contest. We encourage all ages and species to wear their most creative costume. Take a picture and send it to hoot@gettyowl.org. It is that easy! We’ve got some cool prizes for the winners. 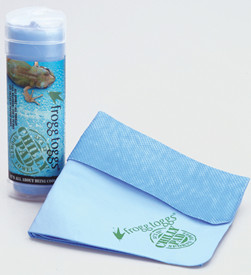 DEADLINE FOR ENTRIES IS NOVEMBER 1st!

Winners will be announced on November 2nd at 6pm pacific time. Thank you all in advance for participating.

In case you need some inspiration, I have asked some of our littlest members of Getty Owl Foundation to participate in this post. 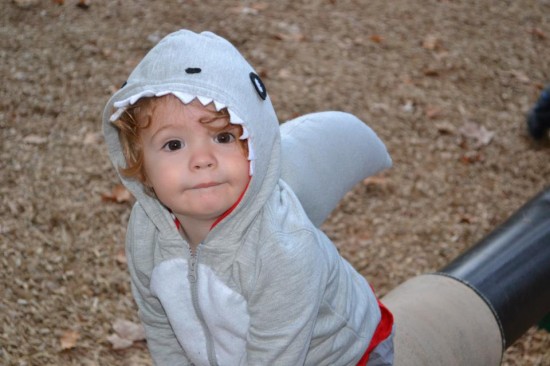 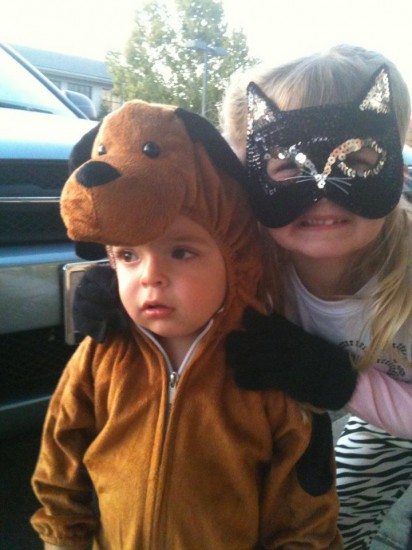 Mr. “Mom, Why did you put me in this?” Fairy Cooper 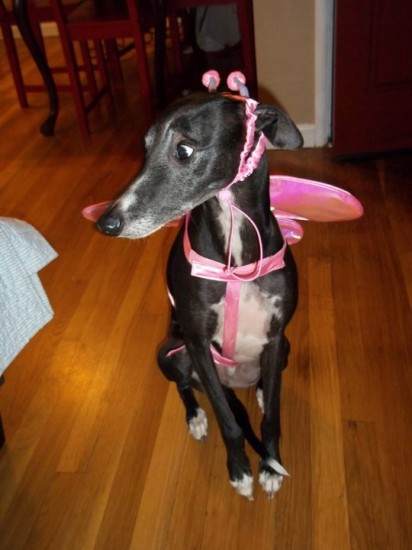 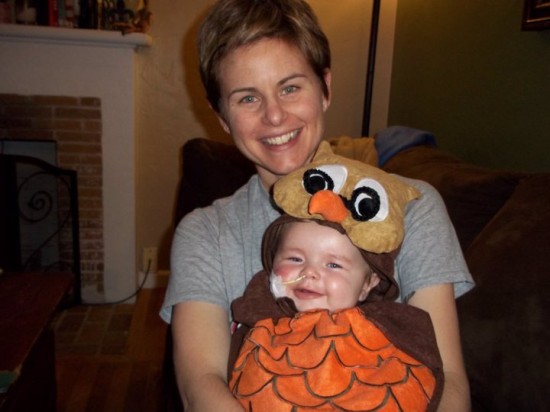 Come Support Our Friends at The Couch Sports Lounge

I am sure this is the time of the year when you are always looking for somewhere to go celebrate Halloween. Well we have just the place for you, if you are in the greater Sacramento area. Brandie and Justin Berenstein, fellow alumnus from Del Campo High School have opened up a great sports bar called The Couch Sports Lounge.

A couple of things you should know about the Beresteins is that they are HUGE supporters of our family and Getty Owl Foundation. They were both very supportive of our August SMA Awareness Month activities, Hoot the Grid and SMA Art Auction.

So here is the deal, their new sports bar is in Citrus Heights, which is really a great central location, just minutes from Sacramento, Roseville, and Folsom. Check out their Facebook page here. I grabbed a picture from their page just you can see how cool it looks inside. 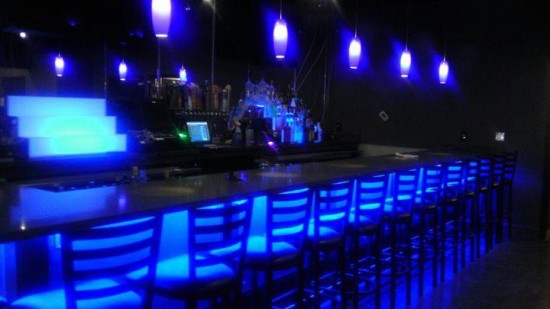 IT GETS EVEN BETTER!

The Couch will be donating to Getty Owl Foundation this entire week.

From October 26-28th The Couch will be donating 10% of all sales made between the hours of 7-9pm to Getty Owl Foundation.

In addition to their nightly fundraising efforts, they will also raise money at their Grand Opening Halloween Party on Saturday, October 29th from 5pm-close. 20% of all food sales made that night will be donated as well.

So now you know what to do for this weekend. Stop in this week and support a great, local family owned business and a great, new sports bar. Then on Saturday, find a  Halloween costume and join them for some Halloween tricks and treats!

Hope to see you there. Tell you friends, share this post on Facebook, email, or make a phone call. Let’s help them pack it in that night. And remember…….There’s always room here at The Couch for you!!!!

Thank you to the Berensteins and The Couch for your continued support of Getty and Getty Owl Foundation.

Our Beautiful Owl is 19 Months!

Little lady how on earth did you get so big? You have turned into such a little lady before our eyes. Today you are 19 months and we are so proud of you. You are our superhero with the powers of strength, wisdom, and perseverance.

Many things have changed since this time last year and one thing is for sure, your daddy and I are going to do everything in our power to keep you healthy and well throughout this yucky winter season. Instead of going out, we will find fun things to do inside.

Please keep teaching us the power of love and acceptance. You are far wiser than your parents, but we are learning and listening. 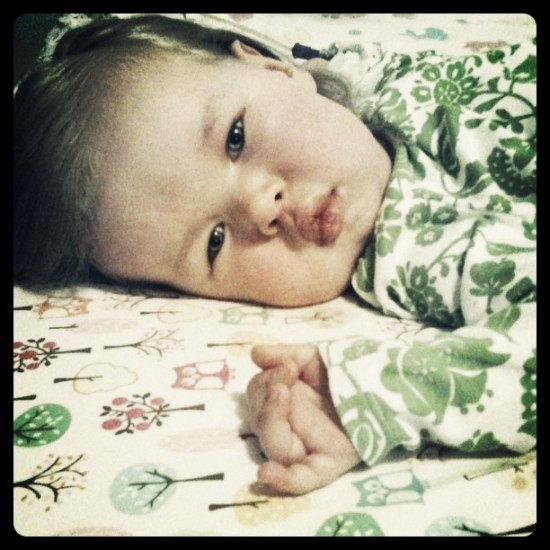 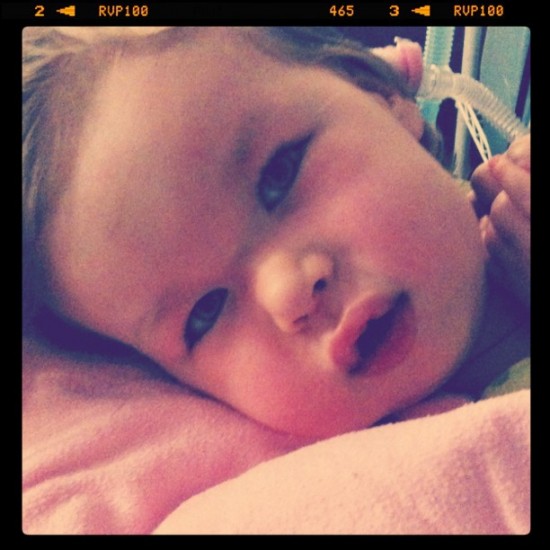 Just in Case You Missed it!

Just in case you missed the radio interview, we have posted it to our website. If you have 22 minutes and would like to listen here you go. Thank you to everyone who has listened. We hope it was informative and gives you a glimpse of our lives and others that live with SMA.

Thanks again to Entercom and Kat Maudru for giving us this opportunity.

You may recall voting for Getty in the Baby Idol contest for Sacramento radio 107.9 The End. You may also recall, Getty won that contest thanks to all your support! What a splendid Valentine surprise that was!

You see, 107.9 The End is actually part of Entercom Sacramento. After Getty won Baby Idol 2010, Program Director Dayne Damme learned of Getty’s story. He was moved by Getty and generously offered to put us in touch with Kat Maudru, radio host extraordinaire, News Director at 96.9 The Eagle, and Public Affairs Director at Entercom.

We touched base with Kat and she invited us to talk about SMA, raise awareness, and talk about Getty Owl Foundation on air. When I showed up at the station, I had no idea it was going to be a 22 minute interview. I thought it might be a segment or something like that, so I was a little nervous about explaining SMA for 22 minutes.

Kat is very easy going, warm, and kind. She put me at ease instantly with her smooth radio voice.

We walked straight from the front door, into the studio, and she fired up the mics. Talking about SMA for 22 minutes was a lot easier than I thought it would be. I found myself holding back many things I could have said for the sake of moving the interview along and making sure we touched all the bases. I guess I could talk about SMA for hours if someone was willing to listen. 🙂

Speaking of listening, just click the links below and you can hear the interview online and/or on radio at these times and places:

HUGE THANK YOU  to Entercom, Kat Maudru, Dayne Damme, and the Wake Up Call at 107.9. We are so excited and grateful you gave us the opportunity to raise SMA awareness on air to reach a wider audience. You are now full fledged Team Getty members!