We don’t write often about the cruel realities of SMA. It’s just too hard.

Getty, our little owl, at age 4 months, wasn’t meeting her movement milestones. She couldn’t lift her head, you see, when the books said she should.

The problem was something we saw in no book about family planning, pregnancy, or infant care. Nobody with knowledge of these things spoke to us about them before… Not one peep, until Getty’s doctor said those three dreaded words: Spinal Muscular Atrophy.

Having been told Getty would be with us no more than 2 years and there’s nothing we can do, we went online, searching through our tears for answers and hope. We found our new family: the SMA community.

The community is mainly parents of children with SMA, as most of the kids are incapable of participating in an online family. Many in the community are simply awesome and inspirational people; they fight daily for their kids, learn more about SMA than their doctors will ever know, and selflessly share their knowledge and experience with others.

One person stood out: Brianna McDanel, an SMA ambassador of sorts.

Brianna’s attention guided us gently, as a newly diagnosed family. She was patient, knowledgeable, thorough, smart, and kind. She shared her SMA knowledge and helped us tremendously to figure things out and find some direction, as we reeled in pain and confusion. Put bluntly, she was dedicating hours and hours of her own life to help Getty, a complete unseen stranger, known only to Brianna through pixels of words on a screen.

Then, we discovered something amazing about this person who gave us so much more knowledge, advice, and hope than any doctor would. Brianna was 11 years old. She has what she called SMA type 1/2, a wobbler between SMA type 1, the most severe form, and type 2. She used tech to get online and share her thoughts, even though her body couldn’t keep up with her mind.

We implemented her ideas, and those of others, fought for Getty, and found hope. Now Getty is a beautiful little girl in pre-school and tooling around with her own power wheelchair at nearly 5 years old, when her own doctors were prescribing her grave.

It is with heavy hearts that we say Brianna has left this world. She passed at age 15.

Despite her physical limitations, Brianna showed brilliance as she explained what life is like from the perspective of an SMA child. She educated and inspired her doctors and other families. She taught everyone around her what it’s really like to need mechanical cough assistance, to live on a ventilator, to be unable to scratch an itch, to be unable to verbalize exactly what hurts, to experience spinal curvature, and so much more.

She had SMA and she knew her time was much more limited than yours or mine… but she chose to spend it giving of herself to others in need.

Getty is here. She is happy. Brianna played a huge part in turning our tears to smiles and learning to enjoy and give back. Her loss, though a cruel reminder of the realities of SMA, also reminds us to live for each day, embrace your children, and give back.

We will miss you dearly, Brianna. Thank you. Our hearts go out to your family. Rest in peace. 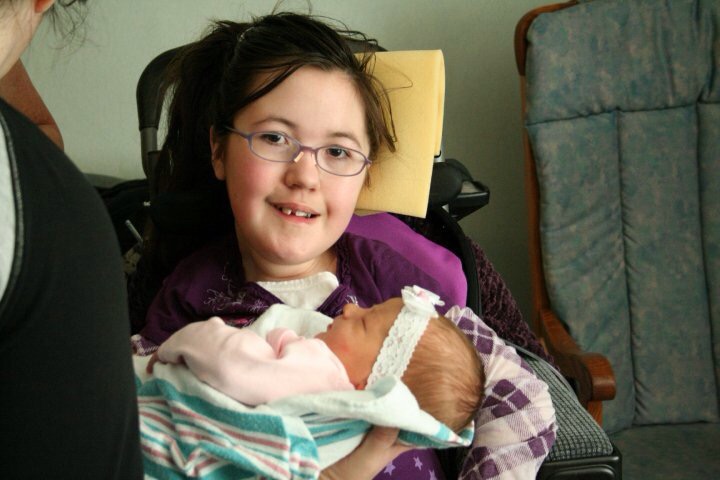 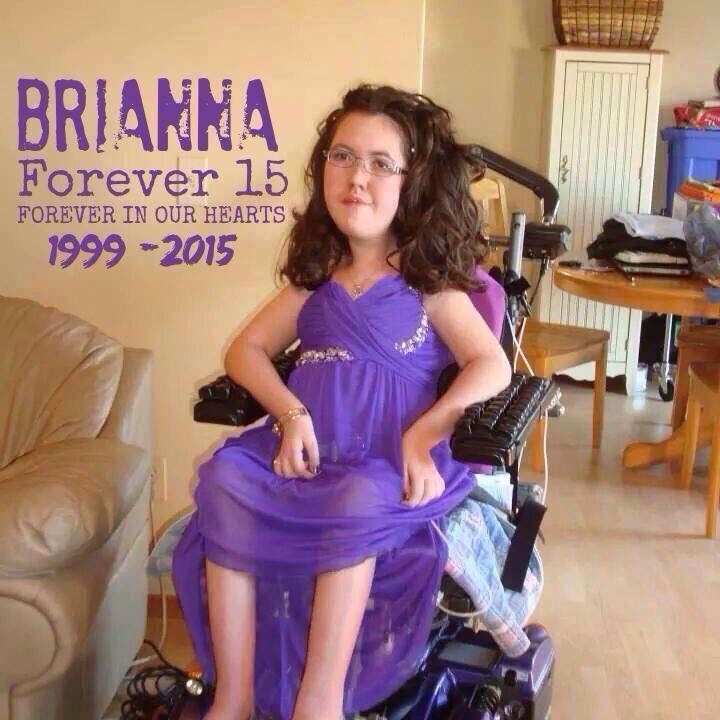