On the first day of August, SMA Awareness Month, it would seem only appropriate to reflect on how life has changed for us or better yet, keep in perspective how life for anyone can change  in a moment.

Yesterday marked the 2nd anniversary of Getty’s diagnosis. And as fate would have it, I completely forgot. Not only did I forget but she had a pulmonology appointment in the same building, in the specialty clinic that she was diagnosed. And if I am not mistaken, the same room. So either I had not exceeded my daily intake of coffee to be alert enough to notice or I just didn’t even remember. You would think it would be a dark cloud hanging over us while the days got closer to that fateful day. But no, hadn’t given it much thought, and I think that speaks volumes to how we live our lives as a family.

What I did care about was getting her up in the morning. Getty is not the most willing participant in the morning, especially if she needs to be woken up earlier than usual. I hear the moans and grunts of a monster being awoken from her cave. I love laying next to her as she finally opens those beautiful blue eyes. I love being the first thing she sees in the morning. After the fluttering of eyes ended, this “monster” gave me a very cute smile and yawn. The day had officially begun.

Her appointment went great. Getty’s lungs sound great. At this time the settings on her bi-pap do not have to change to increase breathing support. Her weight is perfect and she is growing proportionally. Our giraffe is 36 inches long and 26.7 pounds. She giggled throughout our appointment with her doctor. I know that as I spoke to her doctor, Getty would quickly glance over at me, momentarily straying from Sesame Street to give me a “checking in” smile.

Who would have guessed that over 2 years ago we would be sitting in this office, speaking to specialty doctors about the #1 genetic killer of young children. Who knew that Mark and I both were each the 1 in 40 carriers of the SMA gene. Who would have guessed that we would have to become experts in everything related to SMA and in such a short amount of time. Every second of ignorance could potentially harm Getty and that was not going to happen on our watch. Who knew that as I spoke to her doctor today, it was almost like speaking to a colleague in the field. But this is our life and this is our new normal.

When Getty was diagnosed with Spinal Muscular Atrophy on July 31st, 2010, I instantly felt the walls of “supposed to” fall in an instant. I realized that at that point, this was obviously not going to be an easy road, but I did know that with this diagnosis came a sense of freedom. Disbelief, shock, denial, anger, etc. but in the same breath, we had the ability to write our own story. Mark, Getty and I had the ability to live life how we wanted. The burden of juggling life into the air and to be everything to everyone had become moot. What mattered most is Getty.

That kind of clarity continues to change Mark and I profoundly and in so many ways. SMA is a very scary disorder. Getty can be fine one day or moment and then the next you are trying to remedy everything you can to help find a solution to whatever you think may be happening to her. You can’t just call a night nurse and find a solution. SMA is not in the guidebook, and if it were it would probably just say: Neuro-muscular disease, lifespan 2 years, or something vague and dreadful. Ultimately it is on you to find a solution. SMA is also very nuanced. Every child is different, which can also have it’s own challenges.

We have almost lost Getty at home several times. There have been some very scary moments that have shaken us to the core. However, the moment it is over and she looks at us with such trust, you have no alternative but to bounce back and continue on. So if we were in the middle of reading a book, we finish it. If we were on a walk, we get to the duck pond, because that is where we told her we were going. If we were blowing bubbles, we better continue because she deserves to watch the bubbles pop on her nose, hands and legs.

So when I mention clarity, I mean it in the sense that life is so incredibly precious and it can be taken away in an instant. Something  so profound to learn 2 years ago. One  cannot control everything. As hard as I tried and as hard as I worked as a mother to make sure all went as planned, while the effort should be given a medal, the idea of control is feeble. All we have are beautiful moments with Getty that started as seconds, then minutes, that turned into days, that added up to months, and now years.

I had a very proud moment yesterday when Getty’s doctor looked at me, and instead of giving me the usual sad “how are you doing” look, it was, a celebration of how “awesome Getty is doing” look. Receiving that accolade in that moment felt reassuring that we are doing what is best for Getty and that she is thriving. I have not been holding my breath waiting for some positive feedback for the last 2 years, but it was nice to hear, regardless.

This diagnosis has never felt like a private. Private flew out of the window when we realized how many people have never heard of this SMA. It flew out the window when we knew there was hope and life to be lived with in a terminal environment. We hope we have shared enough about our journey to give those reading a window into what SMA looks like, how devastating it is for a family, how we need more warriors to spread the word about what we would consider a very prevalent and under-diagnosed genetic disorder, how we need a viable treatment, and how we need a CURE.

As a family and as a foundation we are trying our best to do what we can to spread the word, help families in need and raise funds to help find a cure.

Caring for Getty is a full-time job and that is where we choose to put our efforts. However she does sleep. 🙂 so when she is sleeping, that is when we work as hard as Santa’s elves to make phone calls, blog, write emails, etc. to do what we can. We are proud of the work we have done so far, but know that there is so much more to do.

We are fortunate to be in the company of so many incredible SMA families and SMA non-profits that are fighting against SMA as well and have been steadfast in their efforts far longer than we have. Let’s just say that SMA has a lot of enemies. 🙂

In commemoration of SMA Awareness Month, in honor of our daughter Getty and all angels and warriors of SMA, Getty Owl Foundation will be donating $10,000 to the Gene Therapy Program at Nationwide Children’s Hospital at Ohio State University. We believe in this program and their promising progress. We are just so thankful for the support of others to be in this position to be able to donate.

SMA needs to end. For Getty’s sake and for all human beings affected by SMA. They all have way too much living to do then to be held back in any way by SMA.

So in the month of August could you:

Come to an August event.

Put on your running shoes. 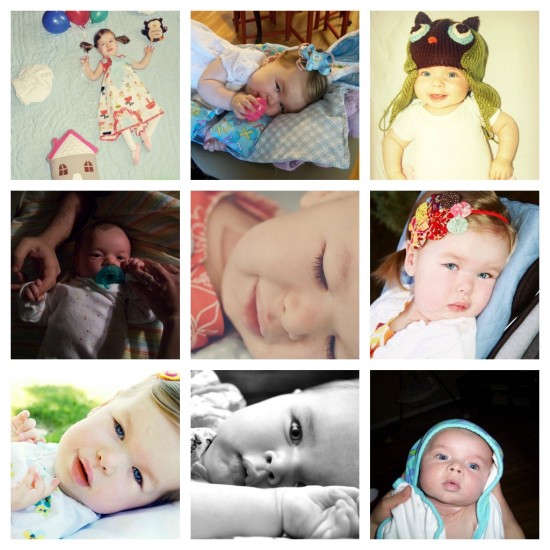